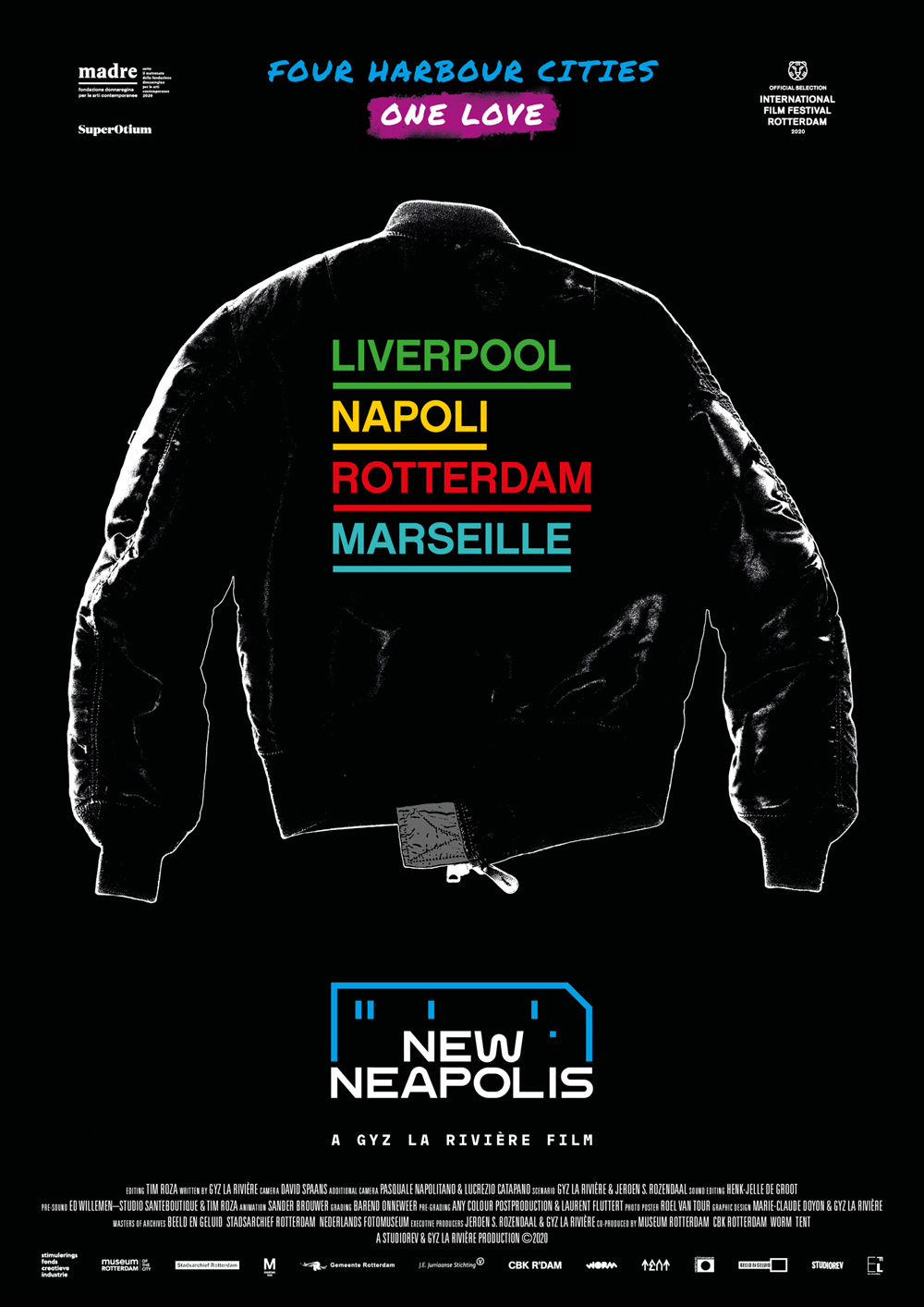 From the 20th of November 2020 at 6.30 pm
New Neapolis (by Gyz La Rivière)  with Italian subtitles
Launch of online screening

On the 20th of November 2020, SuperOtium, under the matronage of the Donnaregina Foundation for contemporary arts 2020, will launch the version, with Italian subtitles, of Gyz La Rivière’s film New Neapolis.

At this time, it had become difficult to move around. Therefore, it seems to us that the best way to remind us that we are ‘one love’, is to share this work about the alliance between four ‘second cities’ online, like in a virtual artist’s residence.

In a world where cities are becoming more important than countries, Rotterdam, Liverpool, Marseille and Naples could form a ‘cities gang’. All four are working class, multicultural and internationally oriented, and have been influenced significantly by urban planning and nineteenth century and modernist urges to demolish. They share a clichéd sense of inferiority and often top ‘the wrong charts’. They are currently undergoing an international re-evaluation, including ongoing processes of gentrification. Their shared characteristics could form the basis for a gang of cities capable of taking on the world. Or even showing the world how it could be done.

Following his futuristic Rotterdam 2040, in New Neapolis Gyz La Rivière presents his home city and its counterparts as the vanguard of a new, sexy Europe. His cinematic manifesto, built up of rhythmically edited archive footage, delves into the present and past of the four cities, exposing countless cross-connections. His aim is to create a positive impression – an antidote to hollow populism – with a focus on the individual residents who make these cities what they are. IFFR 2020

The film had its premier last January at the Int. Film Festival Rotterdam 2020. Enjoy the ride!